Proposal of a new model for CL regression or maintenance during pregnancy on the basis of timing of regression of contralateral, accessory CL in pregnant cows 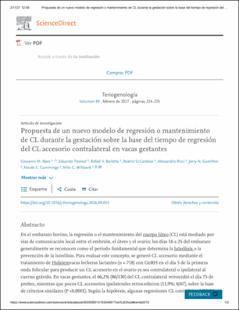